It?s Ultimate X night, time for TNA to shine. Time to shine because the Ultimate X match differentiates TNA from it?s competition more than any other event. Will this match alone make this PPV worth while? Hopefully we won?t have to rely on just this match to get our PPVs moneys worth. In addition to the Ultimate X , we?ve been promised the return of Sting, and Christian Cage?s first title defense. Can TNA pull off a great card, or will they have to rely on an Ultimate X ?one hit wonder?? There is only one way to find out.

The show opens with an interesting video package. We are presented with a black and white film staring a man in a Sting mask, watching TNA clips on a portable TV. By the end of the film we learn that it was Eric Young was under the mask. This begins a ?Where Is Sting? theme that reoccurs throughout the show.

We are then taken to ringside where we are greeting by the TNA regulars, Towel Guy, Redhead Lady, and The Worlds Last Hardy Fan. We are also treated to the familiar weak sounding opening fireworks display.

Match 1 ? Alex Shelly vs. Jay Lethal
This match starts out with a lot of hold-for-hold chain wrestling. Though some of the moves they used were unique, the two seemed to be moving at half speed. Things picked up as the match moved on, and we are even treated to the first 3 Stooges move I have seen in TNA. This was a good match that evolved into a well paced contest. The end came when Shelly hit a beautiful 180 degree neck breaker for the pin.

We then go back stage for an interview with J.B. and Team Canada. Scott D?Amore does all the talking, but the point of this segment was to build up the return of Sting. As D?Amore talks, Eric Young keeps looking up to the rafters searching for Sting. Seeing this, Petey Williams grabs Eric?s head and turns his attention back to D?Amore. This happened once every 5 seconds during the interview and was hilarious. D?Amore was eventually interrupted by Alex Shelly, who leaves with Eric Young to go find Sting.

Match 2 ? Maverick Matt Bentley w/Traci vs. Lance Hoyt
Now in his 3rd name change Maverick Matt hits the ring in a pair of chaps, which immediately generates an ?HBK? chant. This was a decent but unexceptional match. It started out with Hoyt hitting a series of big power moves, until Bentley found an opening and began to take control. Towards the end of the contest, we go above the ring and into the rafters where Eric Young and Alex Shelly unleash their ?plan? to find Sting. The plan involved them dropping the following flyer into the crowd: 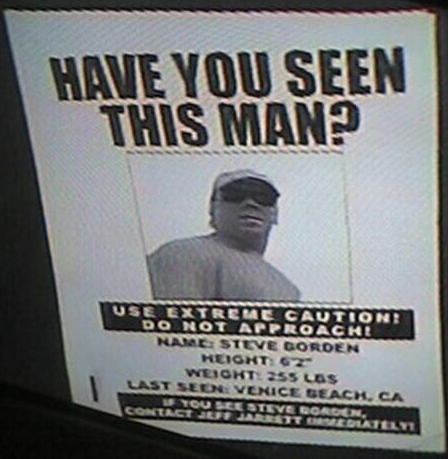 Distracted by the flyers, Bentley was caught with the Hoyt?s boot to the face, and pined.

An interview with Team 3D, Rhino, and Ron Killings was next. In yet another humors spot, after everyone but Bubba gives a cool and hip ?I?m gonna gitcha? speech, Bubba turns to Devon and asks for Ebonics lessons.


Match 3 ? Bobby Roode and Eric Young w/ Scott D?Amore vs. The Naturals
This was a solid match, but absolutely nothing special happened here. Andy Douglas did hit an amazing Tornado DDT, and there was also a very nice Tower of Doom suplex in this match, but those were the only memorable moments. We got the traditional Team Canada finish, with Bobby Roode knocking Douglas out with a hockey stick to get the pin.

Next up Monty Brown has his interview interrupted by Larry Zybisco who ensures Monty that his match will be called fair and square. This was strange because the idea that something might go wrong in this match was never mentioned again.

An LAX vs. The James Gang highlight reel is then shown prior to their match.

Match 4 ? LAX vs. The James Gang w/ Bullet Bob Armstrong
This was a short match, but was well done considering the limited abilities of the 60+ year old Bob Armstrong. BJ James got most of the ring work in this match, getting beaten on by all the members of LAX before making the hot tag to Kip. The match then broke down and all six men hit the ring. Bob Armstrong squared off against Konan and beat him down with the slowest, worst looking right hand punches ever thrown. The match ends with Kip getting the pin on Machete.

We then get a behind the scenes look at the TNA facilities as Young and Shelley venture into the Mens bathroom in a search for Sting. Instead they find A.J. Styles who may have given a hint at a coming Styles/Shelley feud.

Match 5 Petey Williams vs. Puma vs. Sonjay Dutt vs. Chris Sabin
The TNA regulars are joined by New Japan Wrestling?s Puma for this 4way dance. This match started of very fast but then slowed down substantial until the end. Most of the match saw one-on-one action with the other competitors waiting for a tag on the outside of the ring. Once the finish neared however, the action picked up dramatically. As series of out of the ring dives lead to an explosion of quick action and rapid pin attempts. Sabin was eventually able hit the Cradle Shock on Puma for the win. The end of this match really pumped up the crowd, due to its excellent finish.

We are then taken backstage for an interview with Jeff Jarrett and company. The interview is cut short as Shelley and Young return from their Sting search empty handed. Jarrett then calls the search off, and challenges Sting to meet him in the ring.

Match 6 - Jeff Jarrett, AMW and Abyss vs. Team3D, Ron Killings and Rhino
This match starts out with 4 separate brawls that take place all over the arena. The beginning of the match was excellent, but unfortunately things settled down into a mediocre state once the action was taken to the ring. As the finish neared, they once again raised the bar and put on a great performance, but failed to carry this momentum to the finish itself. In the end Jarrett hit The Stroke for the win. The finish was very anti-climactic, and it would not be the only such finish of the night.

After the match Jarrett calls out Sting, but Sting is still no where to be found. A video package showing the events that have lead up to the Ultimate X match is then played.

Match 7 ? Christopher Daniels vs. Samoa Joe vs. A.J. Styles
I do not understand what happened here. This match features some of the biggest standouts in TNA and the PPV itself is named after this match. So why was this thing so short? It ended at what I was sure was the half way point. The match was very good, and all the participants performed well, yet the match barely seemed 10 minutes long. Though I was glad to see Daniels pull the belt down, I felt cheated by the length of the match. This match should have had the leading role in the PPV, but instead TNA made it a cameo.

We are then taken to a somewhat uninspired Christian Cage interview before seeing highlights of what lead to Monty Brown?s title shot.

Match 8 ? Monty Brown vs. Christian Cage
This was a TV quality match if I ever saw one. It wasn?t bad, but it drowned in a sea of mediocrity. The two basically punched and kicked their way through the match, with Christian working the injured ribs angle. Mercifully, the match ended when Cage got the pin.

After the match Jeff Jarrett came to ring side and demanded an immediate title shot which Christian refuses. Jarrett and Roode, Young, A1, Williams, Brown, Harris, and Storm all hit the ring and attack Cage. Rhino attempts to make a save but is beaten down as well. Sting then hits the ring and clears it of Jarrett and company, however Scott Stiner then comes to ring side and takes out Sting. How many people does it take to beat up one guy?

I don?t know what TNA was thinking with this show. They took what sure to be the best match of the night and made it way to short. They took Jarrett?s 8 to 1 advantage over Sting and made it 9 to 1, (as if Jarrett didn?t have enough help already). They tried to make us believe that the worlds slowest uppercut from a 60 year old man knocked out Konan, and on top of all that, they padded the card with ?filler? matches. This show just isn?t worth it, save your money for Mania.