We were joined by the living legend Larry Zbyszko in the first hour, then ROH owner Cary Silkin in the second hour.

IYH in the Morning

In the now never ending attempts to take down Imus in the morning dawns a new show, IYH in the Morning! The I-man will never be the same. Please join us for this 5am edition of In Your Head.

Kevin Kelly comes on to talk about the up and coming www.maxxtremepro.com show Lord of the Rings tag team tournament. Hermie Sadler also appeared, spoke about the TNA house show this weekend TNA Wrestling show at Martinsville Va.

To order tickets to the matches, go to: www.uwfusa.com.

Former Shaw of ECW Hack Meyers talks about his time in ECW. Then on the Lord of the Rings MXPW, and his plans for the future.

Sweet Stan Lane was our guest this week. Stan can be seen at the Capitol Legends Fanfest Live August 11th to 13th. More information can be found. www.capitollegends.com.

Finally after all the debates, the hype, the blood sweat and tears. Current enemies have drawn together for a common cause, former allies are now bitter rivals, and strangers are now lovers. But the day is finally upon us. As the first annual Heady Awards has taken place. The stars have alligned, the masses have spoken, and Ox Baker brought the peanut butter cookies !! Join us for the 2005 Heady Awards !! Featuring Jack, OIB, Barbie and a plethora of IYH message board and on air personalities !! Thanks to all the fans who made this year possible !!

Legendary wrestler and promoter "Cowboy" Bill Watts was our guest this evening. Bill talked about his days as a wrestler, his son Erik, his faith, his memories of the business both good and bad, his honest views on steroids, legends such as Steve Williams, Ernie Ladd, Bruno Sammartino, Dusty Rhodes and many more. We also discussed his biography "Cowboy and the Cross:The Bill Watts Story" for more information please visit http://www.cowboybillwatts.com

Daniel has just signed to fight on the Strikeforce MMA card March 10th at the HC Pavillion in San Jose, Ca. This big event will be headlined by Frank Shamrock vs Cesar Cracie. For information on how to purchase tickets and get a free t-shirt please visit www.danielpuder.com soon !! 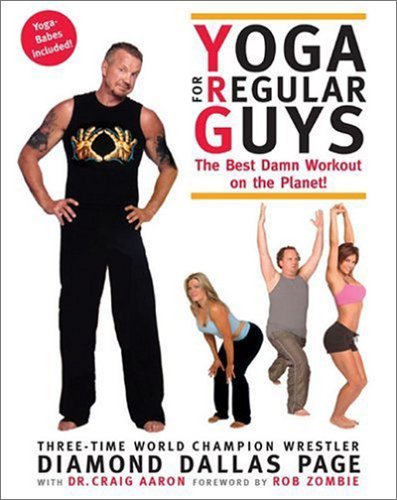 In the first hour we were joined by Buff Daddy himself, Marcus Bagwell !! Buff talks about the new promotion out of Canada the AWE. The upcoming PPV next week where he teams with the G-Man Kip James vs The Steiner Brothers. For more information check out www.aweheat.com

Buff also took calls from the IYH fans and discussed many topics. Including his bad rap among fans and wrestlers, the WWE, WCW, TNA, The Handsome Stranger, Global, working out staying in shape and he even offers to hook Jack up with his own air brushed top hat !!! www.therealbuff.com

Then in the 2nd hour we were joined by Brother Devon of Team 3D. We talk about the upcoming TNA PPV this weekend, as Team 3D take on AMW !! Devon talks with the crew and the fans for almost an hour. Many things are discussed including the ECW, the ECW One Night Stand PPV, his singles run, his improved physique, his current run in TNA, the Dudley Boyz name, Paul E, Vince McMahon and much more !!

891 items in this category.
Showing 20 items per page.